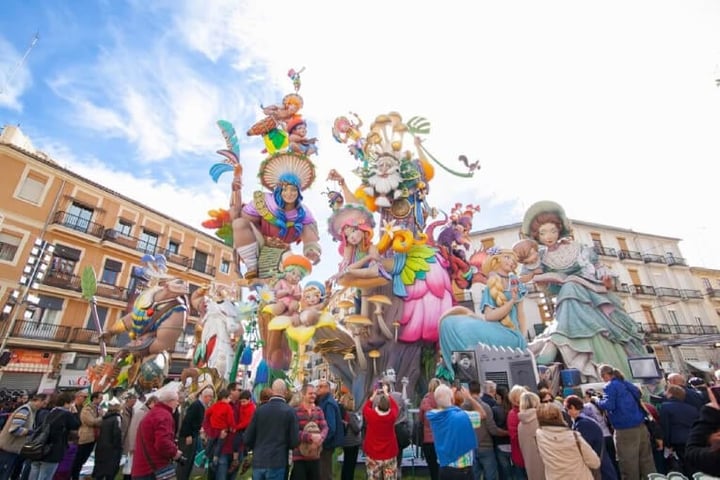 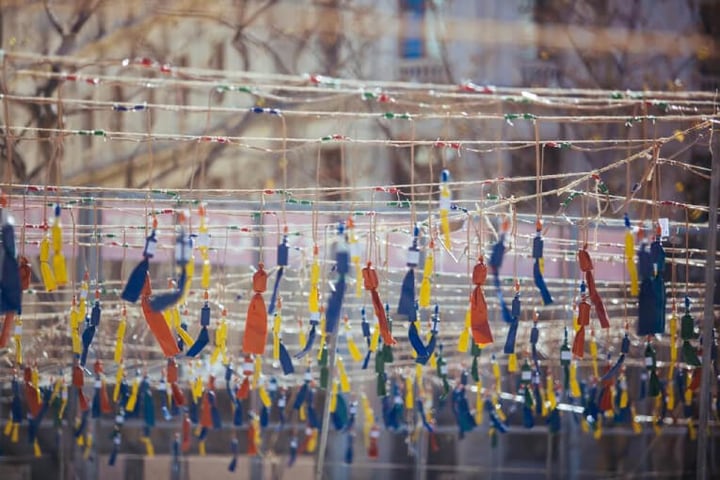 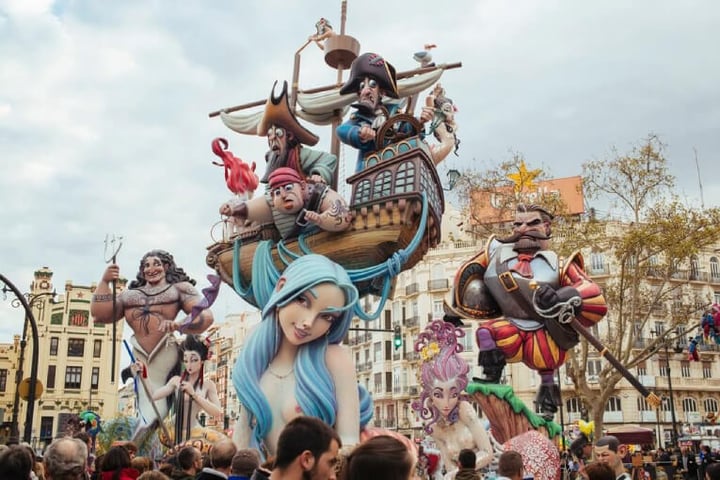 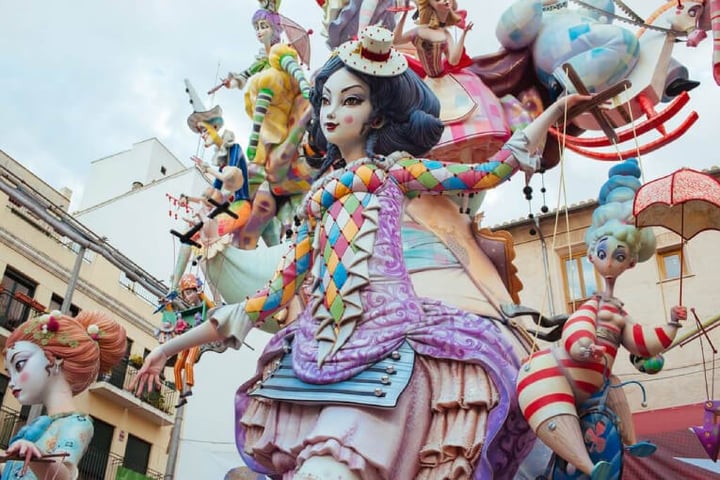 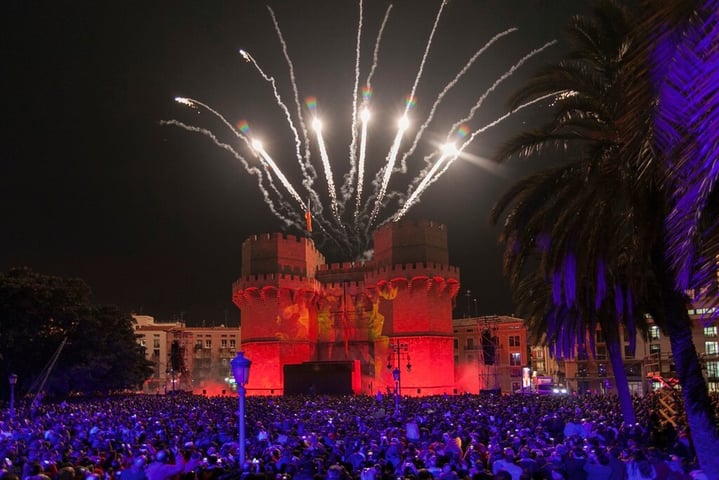 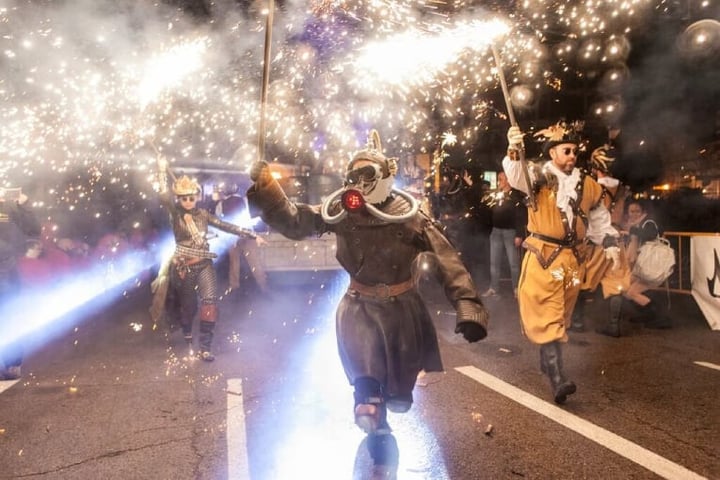 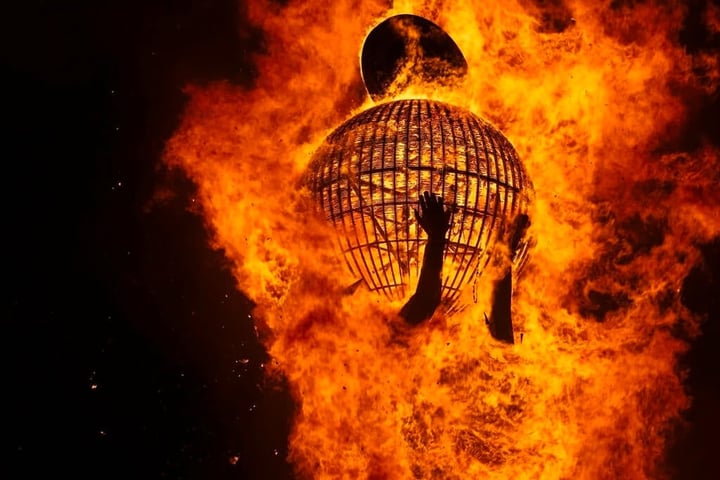 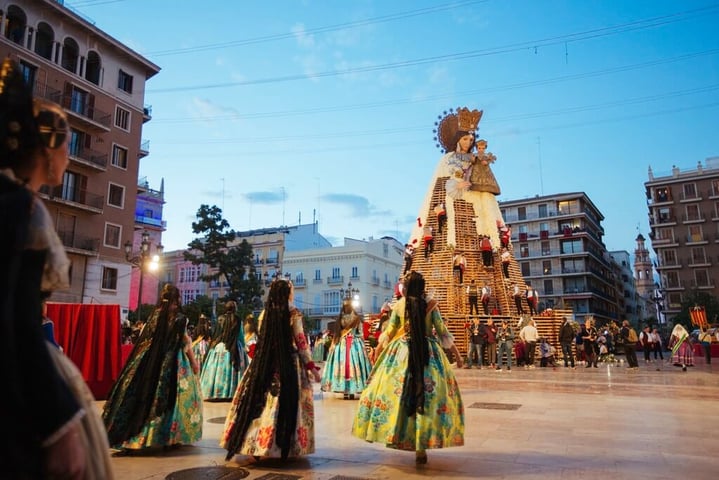 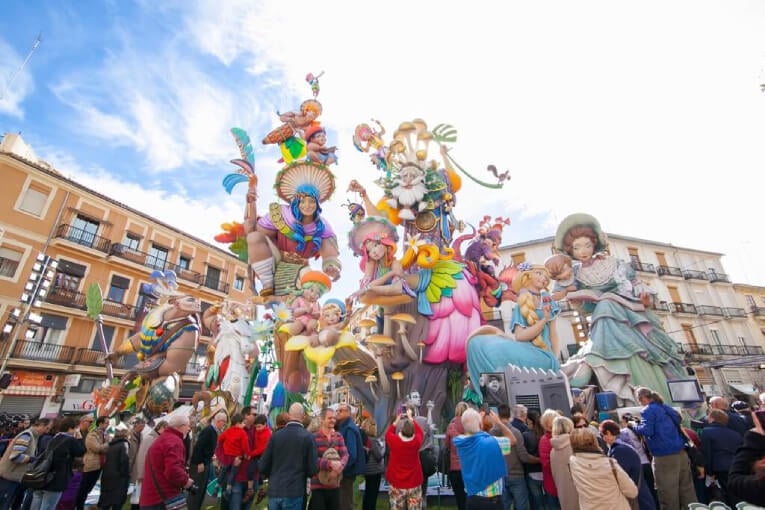 March welcomes the Fallas, a celebration to be experienced at least once in a lifetime. If you don’t know of them, this is your chance to have a unique experience!

Fallas are the most important festivities in Valencia, a deeply rooted celebration in which almost all Valencians participate. The city becomes a stage for shows, parades, pyrotechnics, and concerts, gigantic works of art and much more!

What should you bear in mind if you come to Valencia in Fallas? Due to the hundreds of fallero monuments (also called "fallas") and the amount of activities carried out in the different neighbourhoods, many of the streets remain cut off from traffic. Therefore, the best way to get around is on foot or by subway.  In order to not to get lost, we recommend you to use the fallero map that you will find at our tourist offices, with a QR code to be able to see in your mobile the Programme of all 2020 performances. You will have to decide which activity you’ll like to experience as the amount available is immense! Although it's not so difficult to choose from, we would like to inform you which activities can’t be missed:

The Crida and the Ninot Exhibition are already here

If you thought the Fallas would only go on for a week, you're very wrong. These festivities kick off on March 1 st with La Crida. A spectacular act full of light and colour in which the Fallera Mayor welcomes falleros, tourists and Valencians from the medieval Torres de Serrano to live the 2020 Fallas.

On Sunday the city will wake up with a macro-alarm and at noon with the first mascletá from the Town Hall Square. In addition, during the day the streets will be flooded with music from the Entrance Bands.

If you can't wait, you can take a look at the 2020 Fallas at the Science Museum of the City of Arts and Sciences, where the Ninot Exhibition is already on display. There are more than 700 figures on display, the best of each Falla await for the public to choose their favourite, which will be chosen 2019 Ninot Indultat that will be saved from the flames and will stay forever in history at the Falla Museum. 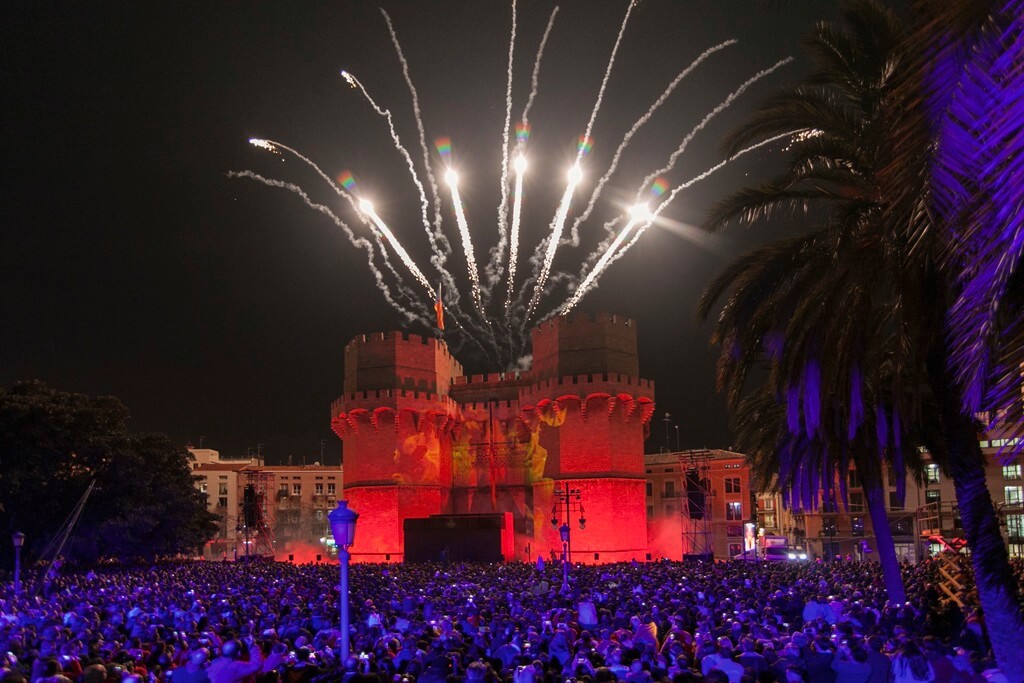 The mascletàs: more than a Fallas symbol

From the 1st to the 19th of March, a mascletà is fired at 14:00 every day at the Town Hall Square by the best pyrotechnics. Valencians and tourists gather around the fire zone to enjoy the spectacle.

What is the best way to see a mascletà? A very good option is from a balcony by the Town Hall Square, to be able to see it and listen to it in the best way. You can reserve your place in a VIP viewpoint here and enjoy the mascletà from a privileged place.

If you prefer to know the special fallas more closely but at your own pace, we recommend to buy your ticket to the 9 fallas special section to avoid the queues. All the fallas in one entry ticket!

Remember to reserve a moment to come and see the local falla at Town Hall Square. This year the design corresponds to the fallero artists Manolo Martín and José Ramón Espuigand and the urban artists Escif.

The 2020 Town Hall Falla will be something new: it will have a central piece that will rotate 360 degrees 24 hours a day, just like the Earth.

During the main days of the Fallas (16th – 18th) the fireworks displays are fired from midnight on the old Turia riverbed. Every night has its magic but the most spectacular night is the 18th, the Nit del Foc. Valencia becomes completely illuminated! Do you wish to experience this night from a balcony in a unique place in Valencia? You have the chance to enjoy the Nit de Foc from the balconies of the Palau de les Arts with a guided tour, a small performance and a cocktail. Can you imagine a more enjoyable evening? Impossible! Buy your ticket here now 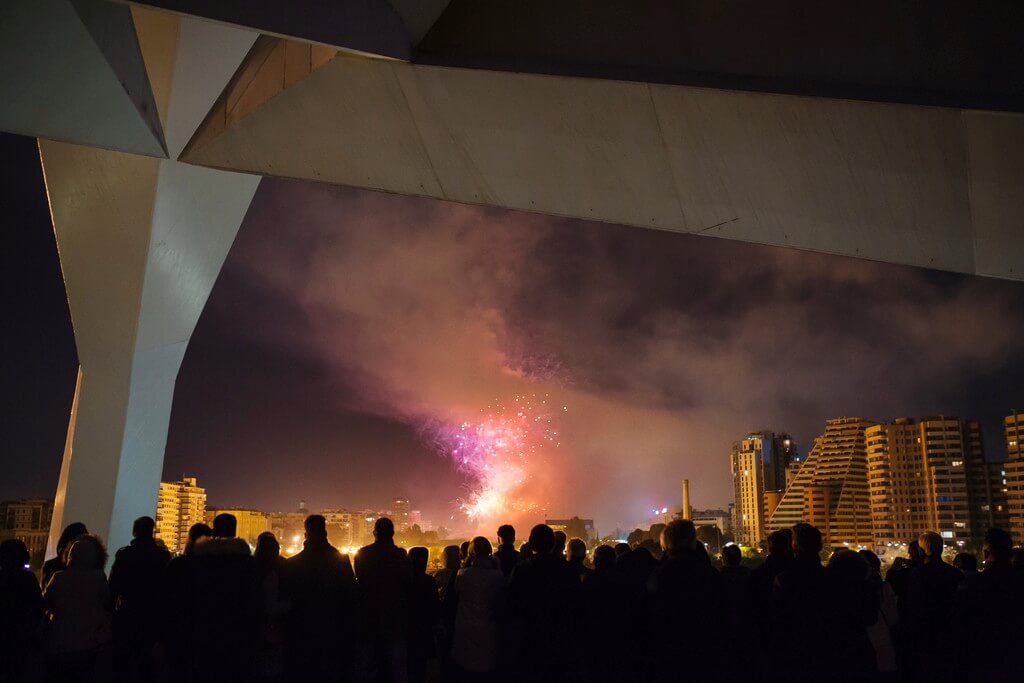 A Must See: the Offering

Without a doubt, the offering is the most emotional act for falleros and the most exciting for Valencians. All the commissions or fallas make an offering of flowers to the Virgen de los Desamparados (Virgin of the Forsaken), patron saint of the city. In the Plaza de la Virgen there is an immense reproduction of the patron saint, the "Geperudeta", which is adorned with a colourful mantle with the flowers that the falleros offer her. The result is wonderful!

The parades, which are celebrated during the afternoons of the 17th and 18th of March, in its final stretch runs along La Paz Street and San Vicente Street, with falleras and falleros of all ages dressed in traditional costumes and music bands accompanying the commissions. A truly spectacular act. 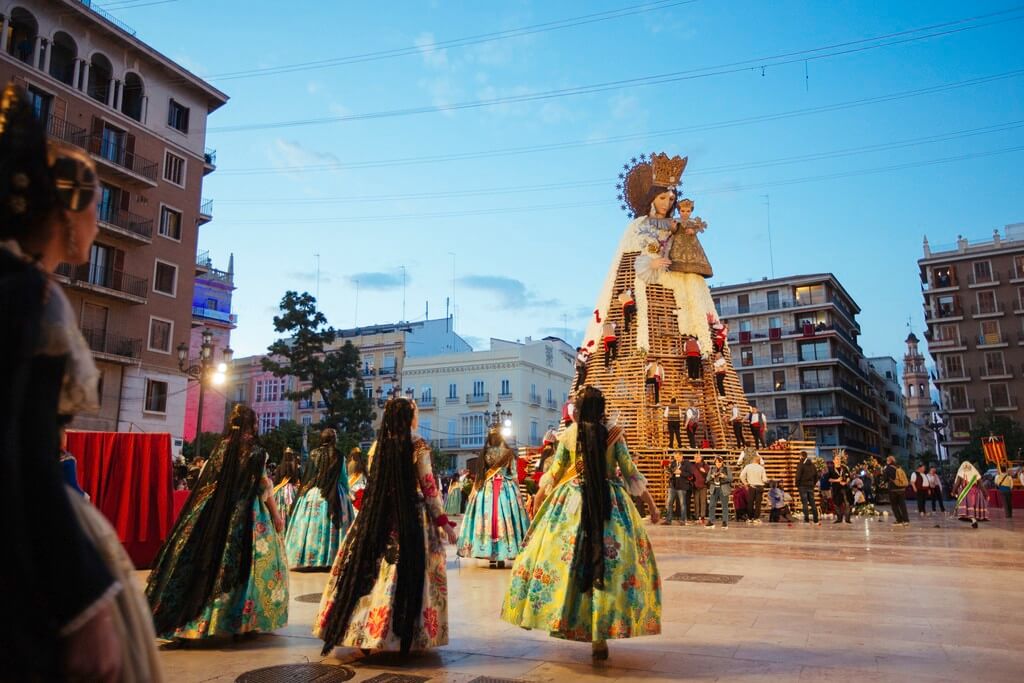 Cream night is on the 19th March, St. Joseph's Day. The Valencians say goodbye to the fallas, reducing all the fallero monuments to ashes. It is the major falleras of each commission that light the fuse to start the Cremà. At 22:00 the children’s fallas are burned and at 24:00 the big ones, with the exception of the first prize of the Special Section and that of the Plaza del Ayuntamiento (Town Hall), which will burn at 00:30 and 01:00 respectively. As in the Mascletá, you can enjoy the cremà of the Town Hall from a balcony with privileged views.

These are some of the things that you can’t miss if you come to Valencia during Fallas, although there are an infinity of activities to enjoy, consult the programme and do not miss any of it!

This will also pass