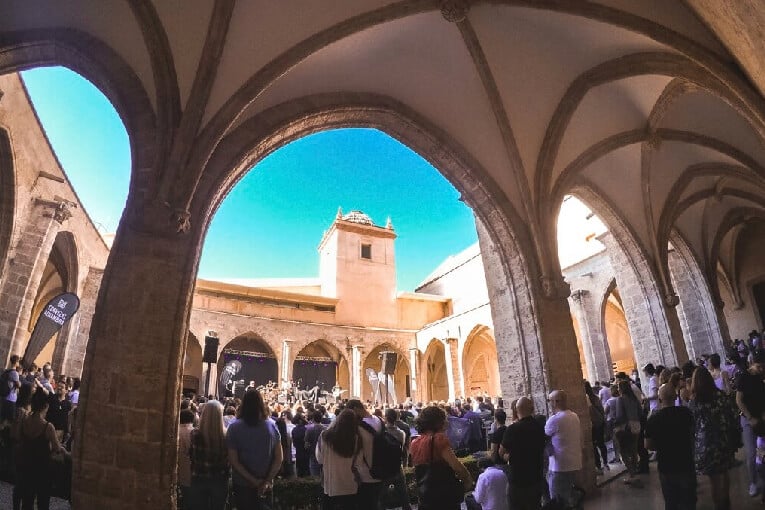 Plans you can't even imagine in the convents of València

Walking around a convent, walking through the rooms of a monastery, observing its paintings, getting lost in its courtyards... may sound like part of a classic tourist route. It is likely that on your trip to València you have thought about visiting one of the many places in the city, but what you probably haven't thought about is discovering them as we want to present them to you.

What would you think if we told you that several of these convents and monasteries offer you alternative plans to the usual ones? We want to take you to see exhibitions, art shows, book presentations... but also to have a drink inside some of them!

Because among the many convents and monasteries that existed for a long time in the Valèncian capital, there are not so many that are still standing, but several of them have been converted into spaces with very different functions to those that were originally intended. Do you want to know what they are? We'll guide you!

The next invitation we want to make is to lose yourself not only in a monastic building, but also among great literary works. Because the former San Miguel de los Reyes Monastery is now the home of the Valèncian Library.

On your walk through this emblematic architectural complex of Valèncian history, you will be able to see the different uses to which the place has been put. These include the Islamic farmhouse, the Cistercian monastery (Sant Bernat de Rascanya), the prison complex - from the end of the 19th century - and the Hieronymite monastery - San Miguel de los Reyes - founded as such in 1371.

If you want to know more about the history of the monastery of San Miguel de los Reyes, you can do so by signing up for one of its guided tours. Consult all the available timetables and complete information on its website.

As for the current Valèncian Library, you can find the works of various Valèncian authors and others that have been produced in this autonomous region (you can access their collections by obtaining a temporary pass or the researcher card). You are free to attend various workshops and literary meetings. 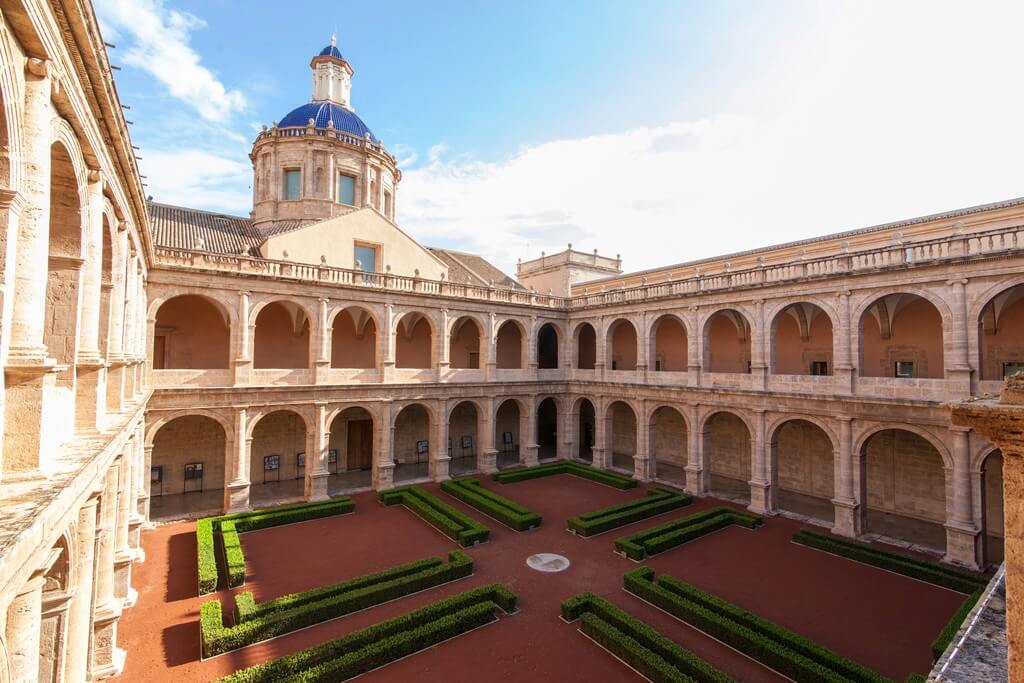 Once again in the city´s historical centre, we would like to introduce you to the Centre del Carme de Cultura Contemporánea, an old convent, which has now been restored.

The Centre del Carme hosts various events related to the contemporary art world. You can't miss any of its exhibitions. Music and cinema are also a regular feature of its facilities, along with various workshops, educational activities and associative meetings, covering a wide range of Valèncian culture.

Furthermore, if you travel to València with kids, you will be interested to know that this former convent is the only Spanish art centre that has a permanent room for children from 0 to 3 years old, called "Espai de Telles". With them you can take advantage of the intriguing Casa de los Gatos, in the same street as the Centre.

And while you are in the area, don't forget to visit the Cathedral of València or the Portal de Valldigna, among other essential places in the city. 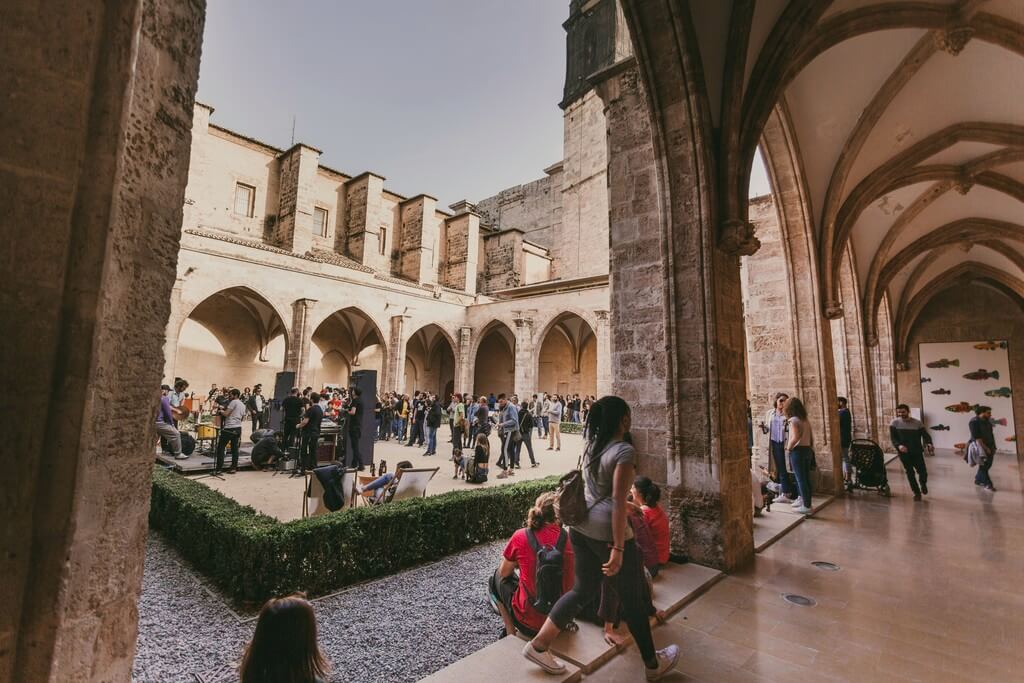 3. El Patriarca, a walk through art

The last building we want you to visit can boast over 400 years of history. We take you, this time, to Carrer de la Nau, in front of the cultural centre of the same name.

Here we would like you to discover the Real Colegio Seminario del Corpus Christi, o del Patriarca. And if art is your thing, we invite you to enjoy it with all your senses.

Juan de Ribera, its founder, and the legacy he left behind are the thread of the visit you can make to this place where you will have the opportunity to walk around a Renaissance patio, enjoy the frescos by the painter Bartolomé Matarana or take pleasure in the works of artists such as El Greco or Caravaggio.

If we have convinced you, have a look at their website to see the conditions to get your ticket (for 3 euros, without guided tour, or 6 euros, reduced, and 7 euros, general, with it). 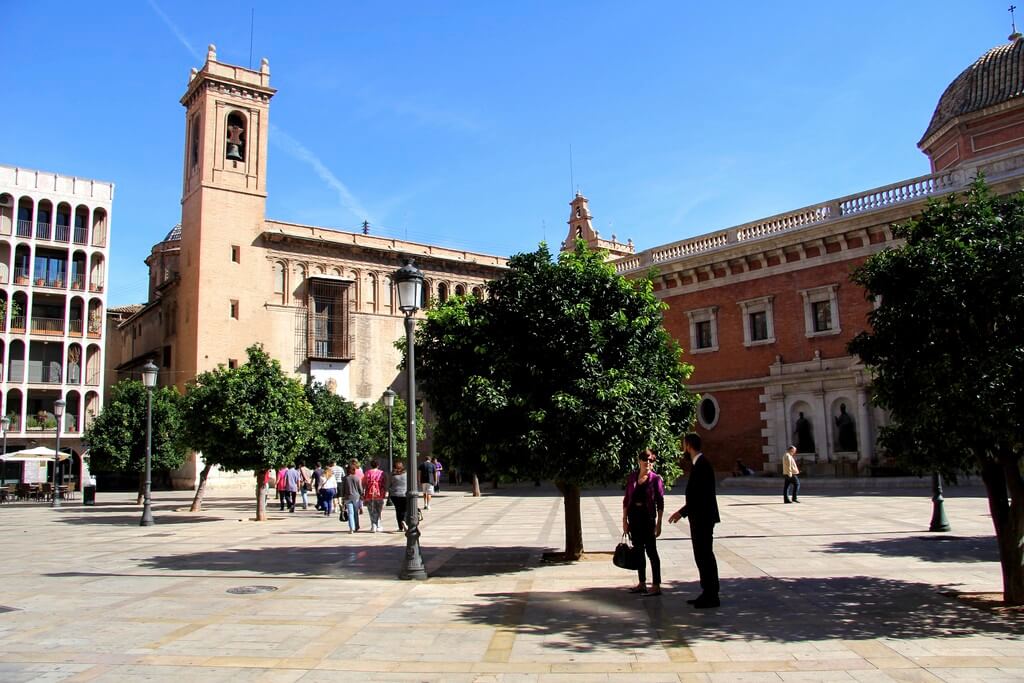 If you still want more, you can always finish this route in what is currently the seat of the Government Delegation in València, at number 2 Temple Street, where you will find a complex formed by a church (which you will be able to see with an organised guided tour), a convent and a school, known as the Temple because it belonged to the Templar Order. A good end to this tour, don't you think?