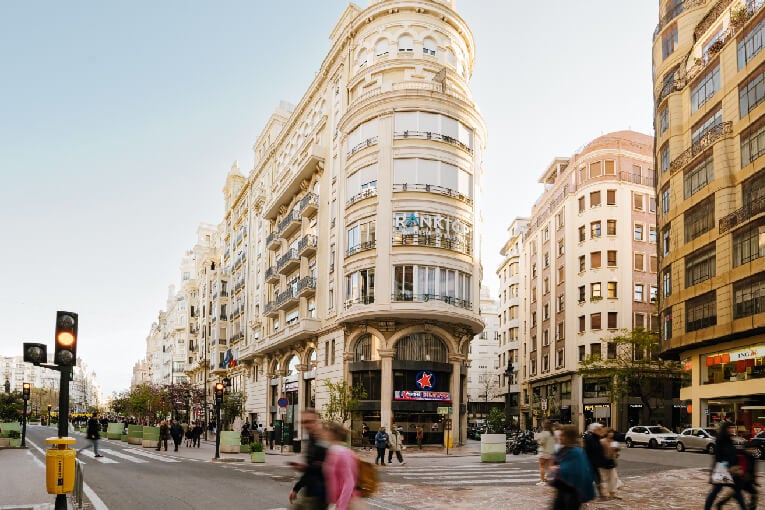 In the footsteps of Javier Goerlich: the architect who designed the new Valencia

The city of Valencia as we know it and love it today would be unthinkable if not for the work of Javier Goerlich. Son of Franz Goerlich, consul of the Astro-Hungarian Empire in Valencia, and of native daughter Asunción Lleó, he worked for 25 years as the chief architect of Valencia, being responsible for the remodeling, construction and design of streets and buildings that defined the city's profile.

Goerlich led an urban revolution that conveys the history and everyday life of a city. He conceived and designed the remodeled historic center of Valencia with two themes: beauty and usability. He shaped a city to reflect the social changes of the moment and adapt to the needs of the population.

The Eclectic, neo-Baroque Valencian, neo-Gothic, Casticist and Rationalist styles give shape to a journey with the personal seal of one of the 20th century's best architects, at a historic time of great and prosperous changes in the city. Join us as we take a look.

Where to see Goerlich's buildings

Strolling through the city center, you'll walk by many buildings that emerged from Goerlich's mind. One of the most beautiful examples is undoubtedly Niederleytner House (1916), on the corner of Pascual and Genís and Martínez Cubells streets, which today is home to the Palacio Santa Clara Hotel.

Just a few meters away, the Banco de Valencia building (1942) is the symbol of Pintor Sorolla Street, Valencia's own Flatiron building, an original project by Francisco Almenar Quinzá, and that Javier Goerlich Lleó would later join. A building in the regionalist style adapted to the tastes of the developer and in keeping with post-war Spain.

The Plaza del Ayuntamiento in Valencia, whose renovation Goerlich also planned between 1933 and 1936, has several buildings designed by him, with a clearly identifiable style. Namely, the buildings in question are Oltra (1927), at number 4 and home to the Meliá Plaza hotel; the Banco Vitalicio de España (1928), at number 29; the Gras Bianqui, at number 7, and Barrachina, at number 2, both from 1930. You will also find his handiwork in the Albors building (1928), at number 9 on Paseo de Ruzafa.

On Hernán Cortés Street, the art-decó rationalist style of the old Metropol Cinema (1934) has become an emblem of the city, and it's even been immortalized in tourist postcards. The same art-déco lines are evident in the Roig Vives building (1944), at Calle Xàtiva, 4. This residential building was built on the site of the former Convent of Jerusalem, and follows the line of the old wall in the historic center.

Without a doubt, one of the most curious and beautiful examples of Javier Goerlich's work is the Casa del Médico, at Avenida del Puerto, 24. It is a modernist palace that has stubbornly resisted the passage of time. This original project by Ricardo Cerdá was modified by Javier Goerlich, who added the mezzanine, the second floor, the tops and numerous ornaments. 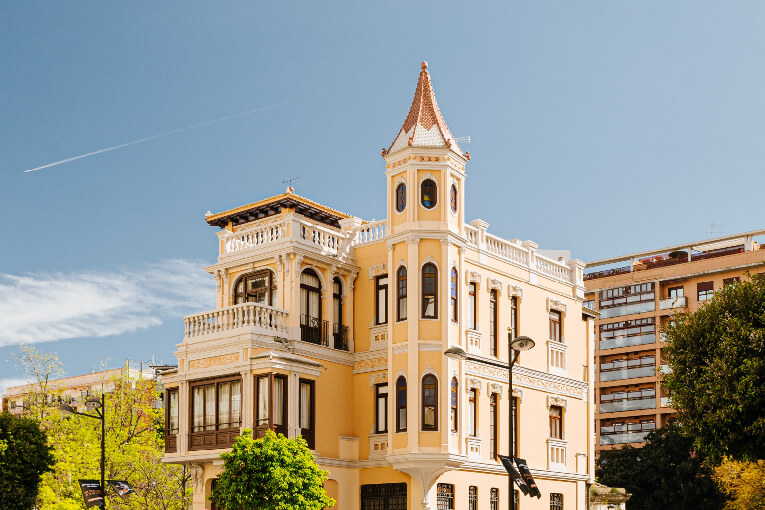 When walking through the streets of Valencia, we will inevitably find the mark of this great architect whose work resulted in a veritable urban revolution for the city, defining the unmistakable style of its central areas. Because, in the words of Frank Lloyd Wright, "The mission of an architect is to help people understand how to make life more beautiful, the world a better one for living in, and to give reason, rhyme, and meaning to life."