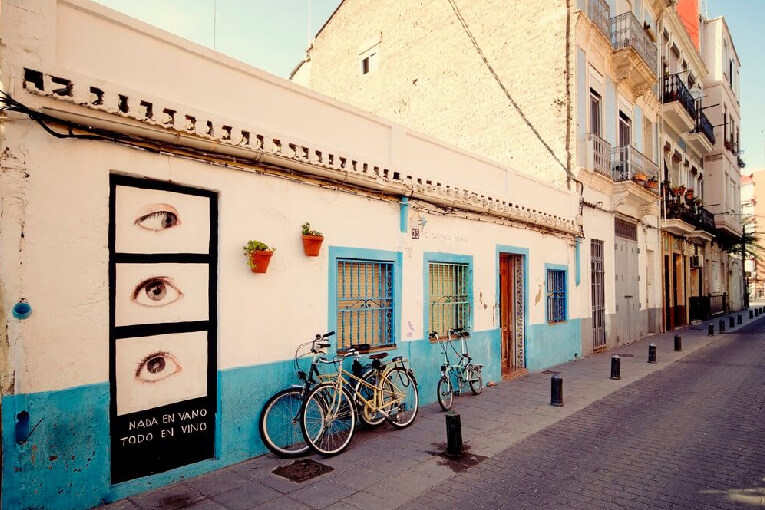 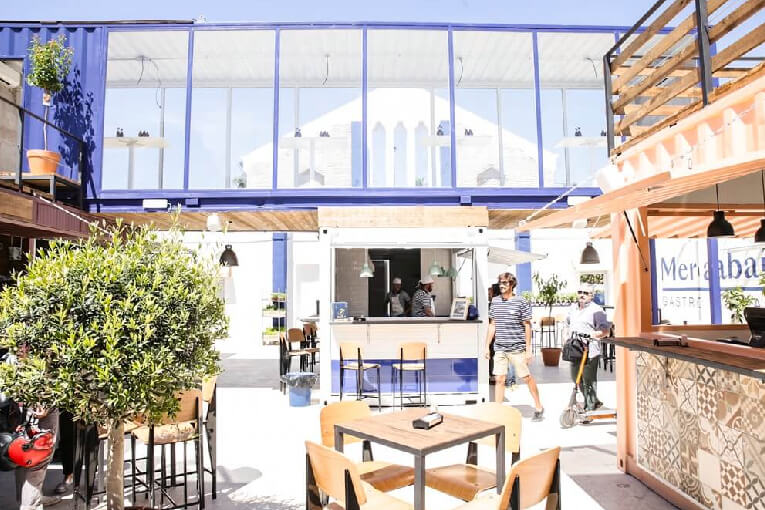 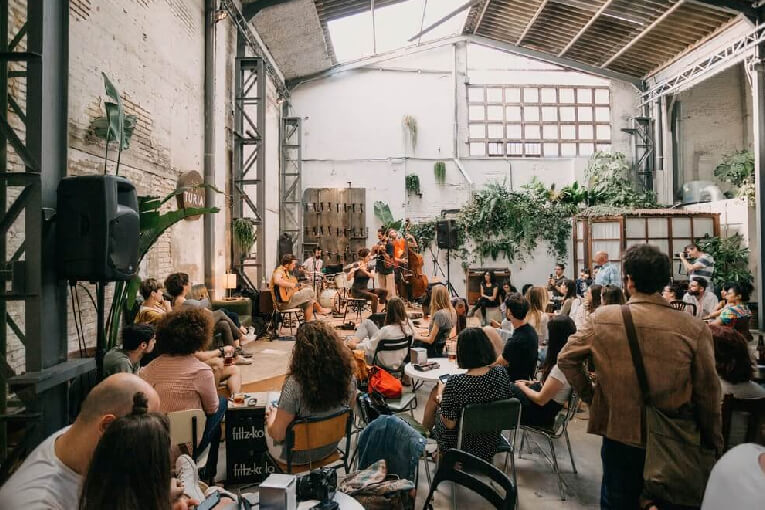 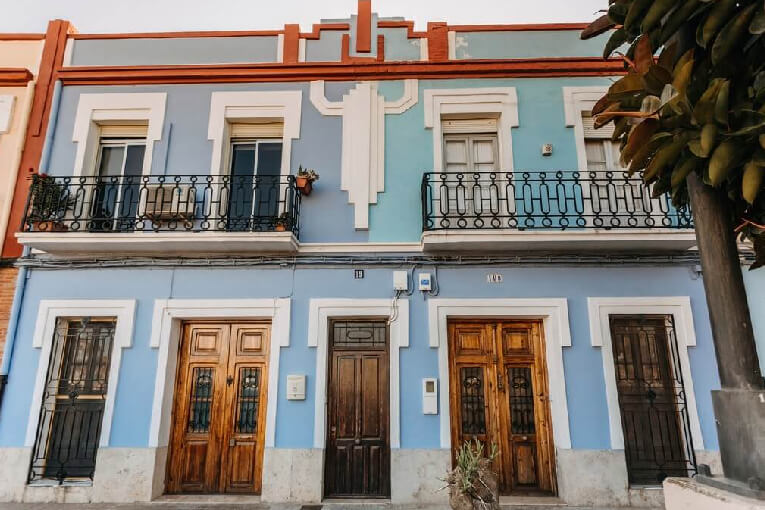 El Cabanyal, a trendy neighbourhood that will make you fall in love

It has developed into one of the most dynamic areas in València. This old fishermen's quarter offers endless activities, gastronomic options and cultural attractions to its visitors. It is not to be missed!

El Cabanyal is a picturesque neighbourhood. It boasts two storey houses that are very characteristic of modernism, with colourful tile façades. If you stroll along this area, you will discover these eye-catching buildings in which the lifestyle of a maritime village is still alive and you won't be able to let go of your camera with the houses along Sant Pere, La Reina or Escalant streets. The neighbourhood is known for its narrow alleys, its layout is also the reason for a unique atmosphere and an authentic lifestyle. It will amaze you!

El Cabanyal is currently experiencing a revival of culture that is revamping it and turning it into a place where art groups and theatre companies carry out all kinds of projects all year round. The re-opened Teatre El Musical (TEM)  is a new cultural centre within the former cinema of the 1920s that hosts theatre, dance, concerts and conferences. There have also been events such as the Cabanyal Íntim Festival, in which every spring the most curious are invited to visit the buildings of greatest historical interest with independent shows and performances.

Its foodie side: more than gastronomy

Yep, one big reason the neighbourhood is so popular is because of the new restaurants opened in the area that are especially charming. Due to its proximity to the sea and the superb food stock at the colourful Mercat del Cabanyal, this has always been a good place to enjoy gastronomy, with restaurants such as Casa Carmela , Bodega Montaña  or Casa Guillermo, offering the best tapas and Valencian rice dishes. However, in recent years new establishments have emerged with the full feel of the neighbourhood. Anyora, La Tasca la Reina, Ca La Mar or La Aldeana are amongst the trendiest places to be found at the moment.

You may also opt for La Peseta, one of the most authentic tapas bars in València, or if you want to enjoy a real esmorzaret, for the gigantic sandwiches of La Pascuala or La Paca.

Venues where culture, gastronomy and nightlife are combined: in recent years there have also been spaces where you can enjoy cultural events and an original menu, such as Mercabanyal, La Fábrica de Hielo or La Batisfera.

The beach on the background

Most of all, it is a neighbourhood that is just a few steps away from the beaches of El Cabanyal and Malvarrosa ! That’s one of its great advantages.

In one day you can immerse yourself with the history and life experiences of the València fishermen and enjoy a relaxing trip to the beach. You can either have a drink at the València marina  or have some fun with the many sporting activities organised by various groups on the beach.

VisitValència organises a guided tour, a walking tour that takes you into the old fishing village and the trendy neighbourhood, with its 19th-century houses and popular architecture, where you will also get to know its history and heritage. A Protected Historic Site, in which you will be led by expert guides. You will be surprised!