That Valencians love eating well and seafood products is a known fact, but beginning in May, it becomes even more true, if that’s possible, because this is the month that brings the start of clóchinas season, clòtxines in Valencian. Yes, with the Cruces de Mayo Festival and sunny outdoor cafés, the city begins to serve and sell our exquisite clóchinas, which are similar to mussels, but have them beat in terms of flavour and succulence. Ordering one of clóchinas!

It is said that clóchina season is the months without ‘r’ (May–August), as they are gathered from Valencia’s rafts from the full moon of April to the August waning moon. They have been raised on the city's beaches since the 19th century, and it is the Mediterranean that gives this mollusc its special flavour and texture, tastier and more succulent than its ‘brother’ the mussel. 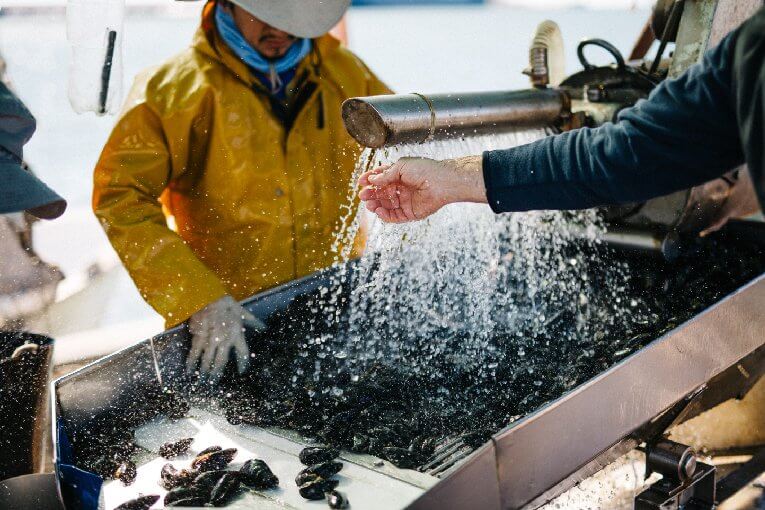 In Valencia, the traditional way to prepare them is steamed, cooked in their own juice, seasoned only with a little lemon and peppercorns. Garlic and oil, depending on your taste. They make a delicious tapa, flavourful and as healthy as can be, worthy of our Mediterranean diet, a local, seasonal product. What better recommendations?

Where to find them

Casa Montaña, La Pepica, Casa Carmela and Casa Navarro are great places to sample the most classic version: steamed. But outside Cabanyal, you will also find temples to this mollusc. La Pilareta, in El Carmen neighbourhood, is a fine example, with a long bar where this product is the star. And a few restaurants like Habitual and Ma Khin Café, in Colón Market, serve them in more distinctive and exotic recipes. In fact, clóchinas offer guaranteed quality. If you see them on the menu, wherever you may be, don’t hesitate to order them: if they’re clóchinas, they’ll be delicious.

How to cook them

Flavours for every taste! Some prefer the classic recipe, clóchinas, clóchinas and more clóchinas. But many foodies want to try new creations that lend new nuances to this raw material. Here are a couple of recipes, the first with preparation tips from Casa Montaña to bring out all the flavour of this amazing product, and the second with an exotic take from Asian fusion restaurant Ma Khin Café.

Enjoy it in all its versions!